For the Orion String Quartet, there is one composer it feels especially drawn to. His name is Ludwig van Beethoven.

The Orion will perform a Beethoven work in the Santa Fe Chamber Music Festival’s season-opening concerts at 6 p.m. Sunday, July 15 and Monday, July 16 in the New Mexico Museum of Art. That work is his string quartet in C major, Opus 59, No. 3 (“Razumovsky”)

“It’s great to play the music the quartet loves so dearly and is always exploring,” Orion violist Steven Tenenbom said in an interview. “Beethoven makes you better every way possible. It’s so demanding emotionally and musically. It’s like climbing a mountain: You know you’ll never reach the top but you are stopping every so often because the view becomes that much more meaningful. It’s a challenge in life that will never be fully fulfilled.”

On the same program will be the world premiere of a festival-commissioned string trio by Magnus Lindberg, Maurice Ravel’s Introduction and Allegro and Ravi Shankar’s “L’Aube Enchantée. “Beethoven makes you better every way possible,” Tenenbom said. “It’s so demanding emotionally and musically. It’s like climbing a mountain. You know you’ll never reach the top but you are stopping every so often the view becomes that much more meaningful. It’s a challenge in life that will never be fully fulfilled.”

Beethoven played a signficant role in the Orion’s celebration of its 30th anniversary last spring in New York City. The ensemble performed all of the composer’s string quartets in six free concerts at The New School – Mannes School of Music. 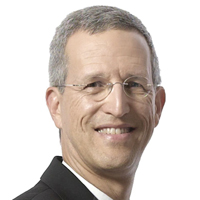 The Orion, Tenenbom noted, had spent about five years in the late 1990s and early 2000s recording the complete Beethoven string quartets. The other members of the Orion are violinists Daniel and Todd Phillips and cellist Timothy Eddy.

Tenenbom, who joined the Orion in 1993, said the dynamic among its musicians is “as anything, 99 percent positive. What you do is learn about each other to the extent that things become unspoken. So much so that you know what that person is going to do. That intangible. You know the body language, the way the playing initiatives a certain time and nuance that is easy to read.

“Therefore the spontaneity is easy adapt to. It comes with the familiarity with all those years together and an internal wisdom studying the same pieces all the time,” Tenenbom added. The Orion has several more performances with the festival. On July 18 in the New Mexico Museum of Art, it will play Ernst von Dohnanyi’s Piano Quintet in C minor, Opus 1 with Ran Dank. “It’s an unabashedly romantic work that’s very satisfying to play and very satisfying to listen to. It’s just gorgeous music,” Tenenbom said. The next evening, July 19, in the museum, the Orion will perform Beethoven’s string quartet in A major, Opus 18, No. 5.

The ensemble returns to the festival on July 21 playing Franz Joseph Haydn’s “The Seven Last Words of Christ,” which had been commissioned in 1786 by a church in Cadiz, Spain.

Tenenbom said Haydn was “wary of the challenge of writing the piece. It has seven slow movements and ending with a tumultuous movement. He certainly rose to the challenge and wrote some of his most inspired music. …It’s a very moving work.”

Orion members, Tenenbom said, are in many different musical activities apart from the quartet.

He is a member of the Opus One piano quartet, is a regular at the Music from Angel Fire summer festival and teaches at the Curtis Institute of Music, the Juilliard School and the Mannes School.

“Last year I added an appointment to the Yale School of Music. It was the greatest joy of teaching I ever had,” he said.