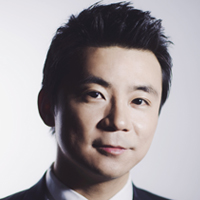 YaoGuang Zhai is principal clarinet of the Baltimore Symphony Orchestra and associate professor of clarinet at the Boston Conservatory at Berklee. He began his musical career as a violinist at the age of three and switched to clarinet seven years later.

A native of Taiyuan, China, Mr. Zhai entered China’s Central Conservatory of Music in 1999 and came to the United States in 2003 to attend the Idyllwild Arts Academy as a full-scholarship student. He continued his studies at the Curtis Institute of Music, which he graduated from in 2009. That same year, he represented Curtis as a solo and chamber musician while touring the United States. His solo performance was included on Curtis’s CD of the Year.

As a soloist, Mr. Zhai has performed with the Baltimore, Toronto, Victoria, Shanghai, Pacific, Montgomery, and Springfield symphony orchestras; Toronto Summer Music Festival Orchestra; and Aspen Conducting Academy Orchestra. He’s also performed as guest principal clarinet with the New York Philharmonic and The Saint Paul Chamber Orchestra. Additional engagements include serving as principal clarinet for the live recording of Handel’s Messiah with the Toronto Symphony Orchestra and conductor Sir Andrew Davis in the year-end 2015 performance released by Chandos Records as well as playing on The Royal Conservatory of Music’s exam-level commercial CD, which has been sold across North America.