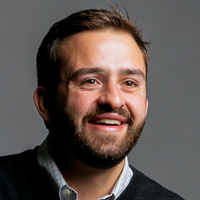 The riveting American violinist William Hagen has been hailed as a “brilliant virtuoso” and “a standout” by The Dallas Morning News, and Violinist.com has praised him for his “intellectual command of line and score.” In 2015, he won third prize in the Queen Elisabeth Competition in Brussels, making him one of the most successful Americans in that prestigious competition’s history.

Highlights of Mr. Hagen’s recent engagements include recitals at the Aspen Music Festival and the Colburn School as well as performances with the Sacramento and Savannah philharmonic orchestras, the North Carolina and Omaha symphony orchestras, and the Syracuse, New York–based cooperative orchestra Symphoria.

A native of Salt Lake City, Mr. Hagen made his debut with the Utah Symphony at age nine. He began studying locally at age four with Natalie Reed, followed by lessons with Deborah Moench. From ages 10 to 17, he studied at the Colburn School in Los Angeles. After studying with Itzhak Perlman at The Juilliard School in New York City for two years, he returned to Los Angeles to continue studying with his previous teacher, Robert Lipsett, at the Colburn Conservatory. Mr. Hagen is also an alumnus of the Verbier Festival Academy in Switzerland, The Perlman Music Program, the Aspen Music Festival and School, and the Kronberg Academy in Germany.