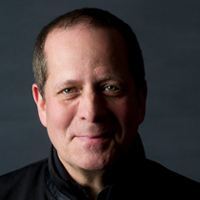 Todd Levy is principal clarinet of the Milwaukee Symphony Orchestra and The Santa Fe Opera Orchestra. He’s performed as a soloist at Carnegie Hall and the Mostly Mozart Festival in New York City and at the White House in Washington, DC. As a chamber musician, he’s appeared with members of the Guarneri, Juilliard, Orion, Miró, and Miami string quartets and at festivals such as the Santa Fe Chamber Music Festival and the Marlboro Music Festival. He’s served as guest principal clarinet for the Chicago Symphony Orchestra, Philadelphia Orchestra, New York Philharmonic, and Metropolitan Opera Orchestra, and he’s premiered works by John Harbison, Joan Tower, Peter Schickele, Paquito D’Rivera, Morton Subotnick, and Marc Neikrug.

Mr. Levy is a four-time Grammy Award winner whose extensive discography includes recordings on the Deutsche Grammophon, Sony, Decca, and Avie labels. He serves on the clarinet faculties of the Bienen School of Music at Northwestern University and the University of Wisconsin-Milwaukee. Mr. Levy performs on Vandoren reeds, mouthpieces, and ligatures and on Selmer Signature clarinets.