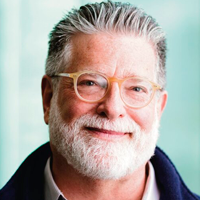 Toby Appel has appeared in recital and concerto performances throughout North and South America, Europe, and the Far East. He’s been a member of such renowned ensembles as TASHI and the Lenox and Audubon quartets; a guest artist with the Vermeer, Manhattan, Alexander, and Dover quartets; and a frequent guest with The Chamber Music Society of Lincoln Center and jazz artists Chick Corea and Gary Burton. His festival appearances include Mostly Mozart; Chamber Music Northwest; the Seattle Chamber Music Society; Music from Angel Fire; the Santa Fe Chamber Music Festival; the Marlboro, Manchester, Colorado College Summer, and Bravo! Vail music festivals; and festivals in England, France, Korea, Germany, Italy, Finland, and Greece.

Mr. Appel enrolled at the Curtis Institute of Music at age 13 under the guidance of violist Max Aronoff. In 1975, he was featured on a CBS television special performing works he commissioned for three violas, all of which were played by him, and in 1980, he was a Young Concert Artists winner. Mr. Appel is currently on the viola and chamber music faculties of The Juilliard School in New York City, where he’s been teaching for the past 32 years. Other teaching positions have included professorships at the State University of New York, Carnegie Mellon University, and the Yale School of Music. He’s toured for the United States Department of State and performed at the United Nations and at The White House. His chamber music and recital recordings can be heard on the Columbia, Delos, Desto, Koch International, Opus One, and Musical Heritage Society labels.

Toby Appel lives in Santa Fe and New York City with his wife, Carolyn, and their dog, Morgan.