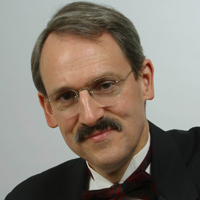 Mr. Eddy received his bachelor’s and master’s degrees, with honors, from the Manhattan School of Music, where he studied with Bernard Greenhouse. He teaches cello at The Juilliard School and is professor emeritus at the State University of New York at Stony Brook. Mr. Eddy appears regularly in duo recital with pianist Gilbert Kalish, and, as cellist for the Orion String Quartet, he’s in residence with The Chamber Music Society of Lincoln Center. With the Orions, Mr. Eddy has appeared in major musical centers across the US, Canada, Europe, and the Far East. He’s recorded for the Koch International, Sony Classical, Delos, Arabesque, Albany, Columbia, Angel, Vanguard, Nonesuch, CRI, New World, Vox, and Musical Heritage Society record labels.

During the 2003–04 season, Mr. Eddy began presenting all six of J. S. Bach’s Suites for Solo Cello—the realization of a lifelong ambition and the culmination of years of study and performance of those landmark works—as well as extensive performance of Bach’s cantatas, chamber music, and orchestral music.