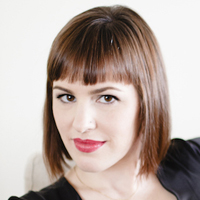 As a chamber musician, Ms. Rudolph has performed throughout North America, appearing at festivals such as the Vancouver and Great Lakes Chamber Music Festivals, Ottawa Chamberfest, and New Music Detroit. She performs regularly as a member of the TSO Chamber Soloists and has been featured on CBC/Radio-Canada. Increasingly sought after as a teacher, Ms. Rudolph serves on the faculty of the University of Toronto and is the viola coach for the Toronto Symphony Youth Orchestra.

Ms. Rudolph holds a bachelor of music degree from the Cleveland Institute of Music, where she studied with Robert Vernon. While studying at CIM, she toured and recorded with the Musicians from Ravinia’s Steans Music Institute, was a prizewinner at the prestigious Fischoff National Chamber Music Competition, and performed at Carnegie Hall.