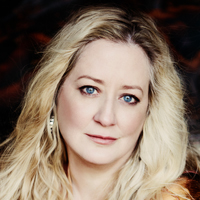 Flutist Tara Helen O’Connor is a charismatic performer noted for her artistic depth, brilliant technique, and colorful tone spanning every musical era. A highly sought-after chamber musician and soloist, Ms. O’Connor is a season artist of The Chamber Music Society of Lincoln Center and a regular performer at numerous festivals, including Music@Menlo; Chamber Music Northwest; Mainly Mozart; Chesapeake Music; Summer Music at the Banff Centre for Arts and Creativity; the Santa Fe Chamber Music Festival; Spoleto Festival USA; and Bravo! Vail Music Festival. She and her husband, violinist Daniel Phillips, are the artistic directors of the Music from Angel Fire festival in New Mexico.

Ms. O’Connor is a founding member of the Naumburg Award–winning New Millennium Ensemble and a member of the woodwind quintet Windscape. She’s also collaborated with the Orion, St. Lawrence, and Emerson string quartets; appeared on A&E’s Breakfast with the Arts and PBS’s Live from Lincoln Center; and made recordings for Deutsche Grammophon, EMI Classics, Koch International, CMS Studio Recordings (with The Chamber Music Society of Lincoln Center), and Bridge Records.

In addition to performing, Ms. O’Connor serves as an associate professor of flute, the head of the wind department, and the chair of classical music studies at the SUNY Purchase Conservatory of Music. She’s also on the faculties of the Bard College Conservatory of Music and Manhattan School of Music, and she’s a visiting artist, teacher, and coach at The Royal Conservatory in Toronto. Her honors include winning an Avery Fisher Career Grant, receiving two Grammy Award nominations, and serving as a longtime Wm. S. Haynes Flute Artist.