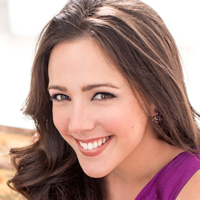 Soprano Susanna Phillips continues to establish herself as one of today’s most sought-after singing actors and recitalists. She won The Metropolitan Opera’s prestigious Beverly Sills Artist Award in 2010, and she’s sung at the Met for 12 consecutive seasons in such roles as Musetta in Puccini’s La bohème and, most recently, Countess Almaviva in Mozart’s The Marriage of Figaro. Other role highlights include singing Fiordiligi in Mozart’s Così fan tutte—a performance that The New York Times hailed as being part of a “breakthrough night”—and Clémence in the company’s first performance of Kaija Saariaho’s L’Amour de loin.

A frequent performer with the world’s leading orchestras, Ms. Phillips recently opened the Oregon Symphony’s 125th Anniversary season performing Mahler’s Symphony No. 2, Resurrection, and she also appeared with the Philadelphia, Chicago Symphony, and Royal Stockholm Philharmonic orchestras. Ms. Phillips is dedicated to performing oratorio works, with credits including Beethoven’s Symphony No. 9 and Fauré and Mozart’s requiems. Other career highlights include singing roles in two Handel operas with Boston Baroque—Cleopatra in Giulio Cesare and the title role in Agrippina—Stella in Previn’s A Streetcar Named Desire opposite soprano Renée Fleming as Blanche with the Orchestra of St. Luke’s at Carnegie Hall, and Birdie in Blitzstein’s Regina at Opera Theatre of Saint Louis.

Ms. Phillips co-founded Twickenham Fest, a chamber music festival in her native Huntsville, Alabama, with bassoonist and fellow-Huntsville native Matthew McDonald. She returns frequently to her native state for recitals and orchestral appearances.