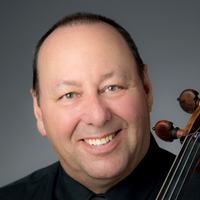 Cellist Peter Wiley is a member of the piano quartet OPUS ONE, which he co-founded in 1998, and a former member of the Beaux Arts Trio and Guarneri Quartet. After graduating from the Curtis Institute of Music, which he entered at the age of 13, he played with the Pittsburgh Symphony Orchestra for one year before he was appointed, at the age of 20, principal cello of the Cincinnati Symphony Orchestra, where he remained for eight years. As a recitalist, Mr. Wiley has appeared at The Metropolitan Museum of Art and Lincoln Center’s Alice Tully Hall in New York City; as a soloist, he made his concerto debut at Carnegie Hall in 1986 with the New York String Orchestra, conducted by Alexander Schneider.

Mr. Wiley appears at leading festivals around the country, including the Bridgehampton and Santa Fe chamber music festivals, Music from Angel Fire, Chamber Music Northwest, OK Mozart, and the Bravo! Vail Music Festival. He also continues his long association with the Marlboro Music Festival, with which he tours and records.

Peter Wiley’s honors include an Avery Fisher Career Grant and Grammy nominations for recordings with the Beaux Arts Trio and the Guarneri Quartet. He teaches at Curtis and at the Bard College Conservatory of Music.