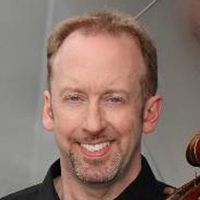 Peter Stumpf is a professor of cello at the Indiana University Jacobs School of Music. Previously, he was principal cello of the Los Angeles Philharmonic.

Mr. Stumpf’s tenure in Los Angeles followed 12 years as associate principal cello of The Philadelphia Orchestra. His professional orchestral career began at the age of 16, when he joined the cello section of the Hartford Symphony Orchestra. He’s a graduate of the Curtis Institute of Music and the New England Conservatory.

A dedicated chamber musician, Mr. Stumpf is a member of the Weiss Kaplan Stumpf Trio and has appeared at Carnegie Hall in New York City and The Kennedy Center in Washington, DC, as well as at venues in Amsterdam, Tokyo, and Cologne. He’s performed with the chamber music societies of Boston and Philadelphia and at numerous festivals, including the Casals Festival in Puerto Rico and the Marlboro and Aspen music festivals, the Bridgehampton and Santa Fe chamber music festivals, and the Spoleto Festival USA. Mr. Stumpf has toured with Musicians from Marlboro and with pianist Mitsuko Uchida in performances of the complete Mozart Piano Trios. As a member of the Johannes Quartet, he collaborated with the Guarneri Quartet on a tour that featured premieres of works by composers William Bolcom and Esa-Pekka Salonen.

Concerto appearances for Mr. Stumpf have been with the Boston Symphony Orchestra, Philadelphia Orchestra, and Boston and Los Angeles philharmonics, among others. As a recitalist, he’s performed at the Universities of Hartford and Delaware, Syracuse University, Jordan Hall in Boston, and The Phillips Collection and the Corcoran Gallery of Art in Washington, DC.

Mr. Stumpf’s honors include first prize at the Washington International Competition, Graham-Stahl Competition, and Aspen Concerto Competition. As a teacher, he’s conducted master classes at the Hong Kong Academy for Performing Arts, the Manhattan and Mannes schools of music, The Royal Conservatory of Music in Toronto, Seoul National University, and several American universities.