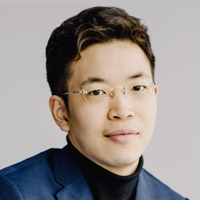 Recipient of the prestigious Avery Fisher Career Grant in 2015 and Lincoln Center Award for Emerging Artists in 2017, violinist Paul Huang is considered one of the most distinctive artists of his generation. In 2012, in a review of Mr. Huang’s recital debut at The Kennedy Center, The Washington Post called him “an artist with the goods for a significant career.” In 2016, following Mr. Huang’s recital with pianist Jessica Xylina Osborne at The Phillips Collection, The Washington Post praised him again, noting that he “possesses a big, luscious tone, spot-on intonation and a technique that makes the most punishing string phrases feel as natural as breathing.”

Highlights of Mr. Huang’s recent engagements include an acclaimed debut at the Bravo! Vail Music Festival, where he stepped in for violinist Anne-Sophie Mutter to perform Mozart’s Violin Concerto No. 4 with the Chamber Orchestra Vienna–Berlin; appearances with Leonard Slatkin and the Detroit Symphony Orchestra, Andrés Orozco-Estrada and the Houston Symphony, and Markus Stenz and the Baltimore Symphony Orchestra and Seoul Philharmonic Orchestra; and recital debuts at the Lucerne Festival and the Aspen Music Festival. In the fall of 2021, Mr. Huang also became the first classical violinist to perform his own arrangement of the national anthem for the opening game of the NFL at the Bank of America Stadium in Charlotte, North Carolina, to an audience of 75,000 people.

Recital and chamber music engagements in 2022–23 include Mr. Huang’s return to The Chamber Music Society of Lincoln Center, the Santa Fe Chamber Music Festival, and Camerata Pacifica; his recital debut at Lincoln Center’s Alice Tully Hall with pianist Anne-Marie McDermott; and appearances at Wolf Trap and The Rockefeller University and with the Washington Performing Arts, The Society of Four Arts in Palm Beach, the Cleveland Chamber Music Society, and Chamber Music San Francisco. In January 2023, Mr. Huang will launch the first edition of the Paul Huang & Friends International Chamber Music Festival in Taipei, Taiwan, in association with the National Symphony Orchestra of Taiwan.

Mr. Huang’s recent recital engagements include Lincoln Center’s Great Performers series and a return appearance at The Kennedy Center, where he premiered Conrad Tao’s Threads of Contact for Violin and Piano during his recital evening with pianist Orion Weiss. He also stepped in for violinist Midori for performances with Leonard Slatkin and the Detroit Symphony Orchestra to critical acclaim, and he made debuts at London’s Wigmore Hall, the Seoul Arts Center, and the Louvre in Paris.

Paul Huang was born in Taiwan and began violin lessons at the age of seven. He’s a recipient of the inaugural Kovner Fellowship at The Juilliard School, where he earned his bachelor’s and master’s degrees under Hyo Kang and I-Hao Lee, and he’s on the faculty of Taipei National University of the Arts. Mr. Huang plays the legendary 1742 “ex-Wieniawski” Guarneri del Gesù, on extended loan through the Stradivari Society of Chicago. He resides in New York.