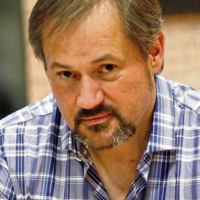 One of the great American tenors of his generation, Paul Groves continues to enjoy an impressive international career performing on the stages of the world’s leading opera houses and most prestigious concert halls.

During recent seasons, Mr. Groves performed the role of Faust in Boito’s Mefistofele at Opéra National de Lyon, and he made his debut at the National Kaohsiung Center for the Arts in Taiwan in the title role of Bernstein’s Candide and his role debut as Herod in Strauss’s Salome at the Spoleto Festival USA. On the concert stage, he appeared in Stravinsky’s Perséphone with conductor Esa-Pekka Salonen and the Los Angeles Philharmonic, and he sang Bruckner’s “Te Deum” with Krzysztof Urbánski and the Indianapolis Symphony Orchestra and Mahler’s Das Lied von der Erde with Donald Runnicles and the BBC Scottish Symphony Orchestra.

Additional recent highlights for Mr. Groves include appearances as Wilhelm Arndt in Korngold’s The Ring of Polykrates with The Dallas Opera, led by Music Director Emmanuel Villaume; the title role in a concert production of Berlioz’s La Damnation de Faust with the Boston Symphony Orchestra; Britten’s War Requiem with Opéra National de Lyon; Beethoven’s Symphony No. 9 with the Rochester Philharmonic Orchestra; Haydn’s The Creation with the Prague Philharmonia; and Das Lied von der Erde with mezzo-soprano Sasha Cooke at the Santa Fe Chamber Music Festival.