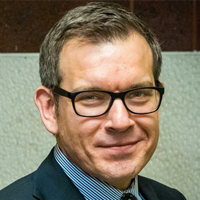 A longtime supporter of new music, Mr. Bordignon has worked with composers such as David Conte, Jean Guillou, Stephen Hartke, Christopher Theofanidis, and Melinda Wagner. In 1998, he performed Elliott Carter’s Double Concerto for Harpsichord & Piano during the composer’s 90th birthday celebration at Alice Tully Hall, and in 2003, he gave the New York premiere of Philip Glass’s Concerto for Harpsichord & Orchestra for the opening of Carnegie Hall’s Zankel Hall. In 2008, he and the Clarion Music Society gave the world premiere of unpublished chamber music works by Felix Mendelssohn.

Mr. Bordignon has performed organ recitals at venues such as St. Thomas Church Fifth Avenue in New York City and St. Eustache in Paris, and he’s been a regular organ recitalist at The Metropolitan Museum of Art, where, in the 2010–11 season, he held a 10-concert residency. As interim organist and choirmaster at New York City’s St. Bartholomew’s Church, he helps oversee one of the nation’s preeminent church-music programs.

Born in Toronto, Mr. Bordignon attended St. Michael’s Cathedral Choir School before attending the Curtis Institute of Music in Philadelphia. He earned both a master’s and a doctoral degree from The Juilliard School.