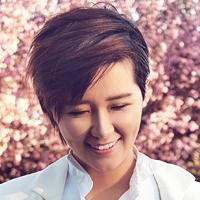 Meng Su studied guitar with Chen Zhi at the Central Conservatory of Music in Beijing and later earned five degrees, including a master’s, from the Peabody Institute at Johns Hopkins University, where she studied with Manuel Barrueco. She founded the acclaimed Beijing Guitar Duo with Yameng Wang, and the duo’s 2009 debut recording, Maracaípe, which features Brazilian music by Radamés Gnattali and guitarist and composer Sérgio Assad, was nominated for a Latin Grammy Award.

Ms. Su performs throughout North America, Europe, and Asia each season, appearing in solo recitals, as a soloist with orchestras, and with flutist Marina Piccinini. Recent performances include Rodrigo’s Concierto de Aranjuez with the Baltimore Symphony Orchestra and the Mulhouse Symphony Orchestra in France as well as the Chinese premiere of Tan Dun’s concerto Yi2 with the China Philharmonic Orchestra.

In May 2015, Ms. Su became the first woman to win the Gold Medal at the Parkening International Guitar Competition. The following year, in 2016, she released her first solo recording, Meng, to critical acclaim.

Meng Su teaches at the Hong Kong Academy for the Performing Arts and is artist-in-residence for the Baltimore Classical Guitar Society. In the fall of 2021, she’ll join the faculty at the San Francisco Conservatory of Music.