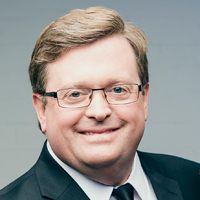 Martin Beaver is an active musician for recital, concerto, and chamber performances. He was the first violinist of the renowned Tokyo String Quartet from 2002 to 2013, and he remains one of Canada’s violin ambassadors to the international concert stages. He’s been a concerto artist with orchestras around the world, including all the major Canadian orchestras, and he’s collaborated with Pinchas Zukerman, Raymond Leppard, Leon Fleisher, and Yannick Nézet-Séguin.

Mr. Beaver is a founding member of the Montrose Trio with pianist Jon Kimura Parker and cellist Clive Greensmith. He’s a former pupil of Victor Danchenko, Josef Gingold, and Henryk Szeryng, and he’s served on the faculties of the Peabody Institute and Yale School of Music. Mr. Beaver is currently a professor of violin and chamber music at the Colburn School.