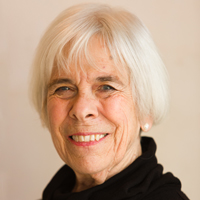 Harpsichordist Kathleen McIntosh has been a Santa Fe Chamber Music Festival artist since 1996. She’s performed at festivals in the United States, Cuba, Japan, Peru, Spain, and Germany, and she’s appeared as a soloist with chamber orchestras in Russia, Vietnam, and many places in between.

As a teacher, Ms. McIntosh regularly travels to Havana, Lima, and Opole (Poland). She’s premiered works by Melinda Wagner, Leo Brower, John Steinmetz, Carl Mansker, and many other composers, and she’s performed in New Mexico, where she lives, with Chatter, Severall Friends, the New Mexico Philharmonic, the Santa Fe Symphony, and many chamber ensembles.