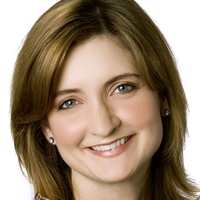 Ms. Pilant has also played principal horn for the Saito Kinen and Tokyo Opera Nomori music festivals and the Mito Chamber Orchestra in Japan under music director Seiji Ozawa. She’s been a guest artist with The Chamber Music Society of Lincoln Center, and her festival appearances include Classical Tahoe, Mainly Mozart, OK Mozart, and Affinis (in Nagaoka, Japan); the Santa Fe, Bard, and Strings chamber music festivals; and the Spoleto Festival dei Due Mondi (in Spoleto, Italy) and La Jolla Music Society’s SummerFest.

An equally enthusiastic music educator, Ms. Pilant has given several master classes in schools and at festivals across the country, including the Juilliard School, Interlochen Arts Camp, and Boston University Tanglewood Institute. She received her bachelor’s degree from the Eastman School of Music as a student of Verne Reynolds and her master’s and doctoral degrees from Juilliard, where she studied with Julie Landsman. In 1994, she won the American Horn Competition.