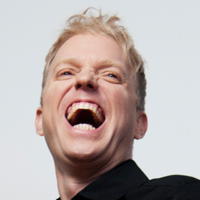 Joseph Johnson is principal cello for the Toronto Symphony Orchestra and The Santa Fe Opera Orchestra and has been heard around the world as a soloist, a chamber musician, and an educator. Highlights of his 2018–19 season include Brahms’s Double Concerto with the Toronto Symphony Orchestra and concertmaster Jonathan Crow, Tchaikovsky’s Rococo Variations with the Kingston Symphony in Ontario and the Wisconsin Youth Symphony Orchestra in Madison, and the North American premiere of Unsuk Chin’s Cello Concerto with the Esprit Orchestra. Recital and chamber music engagements include the University of Toronto’s Faculty of Music and Noon Concert series; the Chamber Players series in Toronto; the Chatter series in Albuquerque; and the Santa Fe Chamber Music Festival, Prince Edward County Chamber Music Festival, Chamber Music Maui festival, Mainly Mozart Festival in San Diego, and Mountain View festival in Calgary. He also performs in the cities of Brockville and Oshawa in Ontario and at the Beaver Creek Institution, a minimum- and medium-security federal prison in Ontario.

A gifted and inspiring teacher, Mr. Johnson is an assistant professor of cello at the University of Toronto, the cello coach for the Toronto Symphony Youth Orchestra, and a coach and teacher at the New World Symphony orchestral academy in Miami. He’s conducted numerous master classes for a wide range of institutions and ensembles, including The Shepherd School of Music at Rice University, the Eastman School of Music, the Manhattan School of Music, Northwestern University, The Glenn Gould School of The Royal Conservatory in Toronto, and the youth orchestras of the Milwaukee, Chicago, and Toronto symphony orchestras.

Joseph Johnson graduated from the Eastman School of Music and earned his master’s degree from Northwestern University. His awards and honors include a performer’s certificate from the Eastman School of Music and first prize at the American String Teachers Association National Solo Competition. Mr. Johnson performs on a magnificent Paolo Castello cello crafted in Genoa in 1780, and he uses Jargar Superior brand strings exclusively.