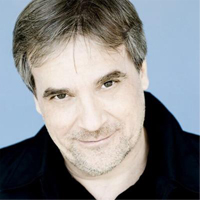 John Storgårds has a dual career as a conductor and violin virtuoso. He’s chief guest conductor of the BBC Philharmonic and principal guest conductor of the National Arts Centre Orchestra in Ottawa, and he’s widely recognized for his creative flair for programming as well as his rousing yet refined performances. As artistic director of the Lapland Chamber Orchestra, a title he’s held for more than 25 years, Mr. Storgårds has earned global critical acclaim for the ensemble’s adventurous performances and award-winning recordings.

Internationally, Mr. Storgårds appears with such ensembles as the Leipzig Gewandhaus Orchestra; Staatskapelle Dresden; Orchestre National de France; BBC, Berlin Radio, and Vienna Radio symphony orchestras; and London, Munich, and Netherlands philharmonic orchestras as well as all the major Nordic orchestras, including the Helsinki Philharmonic Orchestra, where he was chief conductor from 2008 to 2015. Further afield, he’s a regular guest in Sydney and Melbourne and in Tokyo with the NHK Symphony Orchestra.

Mr. Storgårds made his North American debut with The Saint Paul Chamber Orchestra during the 2005–06 season. Since then, he’s appeared with the New York Philharmonic, the Boston Symphony Orchestra in Boston and at Tanglewood, The Cleveland Orchestra at the Blossom Music Festival, the Chicago Symphony Orchestra in Chicago and at the Ravinia Festival, and the Atlanta, Cincinnati, Dallas, Detroit, Houston, Montreal, National, Pittsburgh, St. Louis, Toronto, and Vancouver symphony orchestras.

Mr. Storgårds’s large repertoire includes not only all the symphonies by Sibelius, Nielsen, Bruckner, Brahms, Beethoven, Mozart, Schubert, and Schumann but many works by today’s leading composers as well. He’s conducted world-premiere performances of works by Kaija Saariaho, Brett Dean, Per Nørgård, and Pēteris Vasks, several of whom have dedicated their works to him. He conducted the Finnish premieres of Schumann’s only opera, Genoveva, and his early Zwickau Symphony plus the world premieres of Sibelius’s Suite for Violin and Strings, Op. 117, and Late Fragments. As a violinist, he gave the Finnish premiere of Schumann’s own violin transcription of his Cello Concerto and his Violin Sonata No. 3. In the opera pit, he recently conducted the world-premiere production of Sebastian Fagerlund’s Höstsonaten (Autumn Sonata) at the Finnish National Opera with mezzo-soprano Anne Sofie von Otter in the leading role. The opera was a finalist at the 2018 International Opera Awards and was revived in the fall of 2019.

Highlights of Mr. Storgårds’s 2021–22 season in Europe include his debut with the Berlin Philharmonic, conducting Bruckner’s Symphony No. 6 and the world premiere of Gerald Barry’s new Concerto for Double Bass and Orchestra; conducting the world premiere of Fazil Say’s new Concerto for Piano Four-Hands and Orchestra with the Munich Philharmonic; a return to the Dresden Philharmonic for a special post-pandemic adaptation of Grieg’s Peer Gynt; and his regular appearance at the BBC Proms with the BBC Philharmonic. In North America, he returns to the St. Louis and Cincinnati symphony orchestras as well as to the National Arts Centre Orchestra, makes his postponed debut at the Aspen Music Festival, and returns to the Santa Fe Chamber Music Festival, where he performs chamber music by Shostakovich, Bach, and Schoenberg.

Mr. Storgårds’s award-winning discography includes not only recordings of works by Schumann, Mozart, Beethoven, and Haydn but also rarities by Holmboe and Vasks, which feature him as violin soloist. Cycles of the complete symphonies of Sibelius (2014) and Nielsen (2015) with the BBC Philharmonic on the Chandos record label were released to critical acclaim. He released the third and final volume of works by the American avant-garde composer George Antheil in November 2019, while his latest recording project for Chandos with the BBC Philharmonic is the late symphonies of Shostakovich. Mr. Storgårds and the Lapland Chamber Orchestra have released numerous critically acclaimed recordings for BIS Records, including Mahler’s Symphony No. 10 in a special arrangement for small orchestra by Michelle Castelletti.

John Storgårds studied violin with Chaim Taub and subsequently became the concertmaster of the Swedish Radio Symphony Orchestra before studying conducting with Jorma Panula and Eri Klas at the famed Sibelius Academy. He received the Finnish State Prize for Music in 2002 and the Pro Finlandia Prize in 2012.