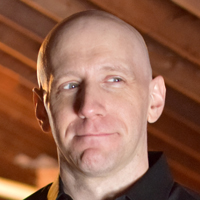 Pianist Jacob Greenberg’s work as a soloist and chamber musician has received worldwide acclaim. He’s concertized across the Americas and Europe as a longtime member of the International Contemporary Ensemble (ICE), while his solo series, Music at Close Range, shows his equal commitment to classics of the repertoire. Mr. Greenberg has played chamber music with the Australian Chamber Orchestra and the contemporary-music ensemble MusicNOW, which comprises members of the Chicago Symphony Orchestra. As an orchestral musician, he’s performed with the New York Philharmonic and Israel Philharmonic.

Recent engagements for Mr. Greenberg include a guest performance of works by György Kurtág at the International Summer Courses in Darmstadt, Germany, under the composer’s guidance; a recital tour with flutist Claire Chase; Boulez’s Sur Incises with the Seattle Symphony; and solo and concerto appearances with ICE at Lincoln Center’s Mostly Mozart Festival.

A leading pianist of modern song, Mr. Greenberg has toured extensively with soprano Tony Arnold. He’s also a record producer and has completed discs for major domestic and international labels. His many personal projects for New Focus Recordings feature more than a dozen solo commissions. Mr. Greenberg is also the host and producer of the podcast Intégrales, which explores meaningful intersections of music and daily urban life.