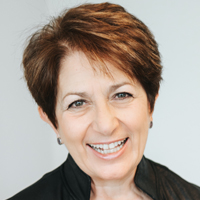 In 2019, Ida Kavafian completed her 35-year tenure as artistic director of the Music from Angel Fire chamber music festival in New Mexico. A frequent artist of The Chamber Music Society of Lincoln Center for more than 40 years and former violinist of the renowned Beaux Arts Trio, Ms. Kavafian currently performs as a soloist; in recital with her sister, violinist Ani Kavafian; as a guest with distinguished ensembles; and as a faculty member at the Curtis Institute of Music. She’s premiered many new works, toured and recorded with fiddler/composer Mark O’Connor and with jazz greats Chick Corea and Wynton Marsalis, and had a solo feature on CBS Sunday Morning. She premiered and recorded Michael Daugherty’s violin concerto Fire and Blood with the Detroit Symphony Orchestra and, as a violist, toured and recorded with the Guarneri Quartet and performed with the Orion, Shanghai, and American string quartets.

Founder of the Bravo! Vail Music Festival in Colorado, which she ran for 10 years, and co-founder of the groundbreaking group TASHI more than 40 years ago, Ms. Kavafian also co-founded the groups OPUS ONE and Trio Valtorna. She holds the Nina von Maltzahn Chair in Violin Studies at Curtis, where she was awarded the Lindback Award for Distinguished Teaching.

Ida Kavafian was born in Istanbul, Turkey, of Armenian parentage and is married to violist Steven Tenenbom. She began her musical studies with Ara Zerounian, continued with Mischa Mischakoff, and graduated from The Juilliard School as a student of Oscar Shumsky. She was presented in her debut by Young Concert Artists with pianist Peter Serkin. Ms. Kavafian has also found great success in another field: the breeding, training, and showing of prizewinning Hungarian vizsla dogs, including the number one vizsla in the United States in 2003, the national champion in 2007, and a top-10 gold grand champion in 2018.