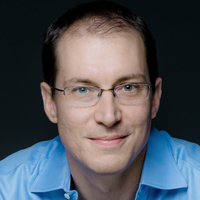 Swiss-born American pianist Gilles Vonsattel is an artist of extraordinary versatility and originality. He’s the recipient of an Avery Fisher Career Grant and the Andrew Wolf Chamber Music Award, and he’s the winner of the Naumburg and Geneva competitions. He’s made debuts with the Boston Symphony Orchestra (at Tanglewood) and San Francisco Symphony, and he’s appeared in recital and chamber music concerts at the Ravinia, Lucerne, Gilmore International Keyboard, Bravo! Vail Music, and Santa Fe Chamber Music festivals; Music@Menlo; and Tokyo’s Musashino Hall, London’s Wigmore Hall, and Munich’s Gasteig. In 2014, The New York Times called his recital at Bargemusic (a floating concert hall in New York City) “tightly conceived and passionately performed” and “a study in seriousness and intensity.”

Mr. Vonsattel has appeared in collaborative recitals with cellist Adolfo Gutiérrez Arenas at the Teatro Liceo in Salamanca and cellist Paul Watkins for the Maestro Foundation in Santa Monica. He’s also toured extensively with The Chamber Music Society of Lincoln Center, appearing in venues such as Alice Tully Hall in New York City and Wigmore Hall in London. He recently performed Bernstein’s Symphony No. 2, The Age of Anxiety, with the Munich Philharmonic, conducted by Kent Nagano, and Berg’s Kammerkonzert with the Orchestra della Svizzera italiana, and he toured with conductor and clarinetist Jörg Widmann and the Irish Chamber Orchestra, performed Mozart concertos with the Vancouver Symphony Orchestra and The Florida Orchestra, and appeared at Seoul’s LG Arts Center and the Beijing Modern Music Festival.

Committed to performing contemporary works, Mr. Vonsattel has given numerous premieres in the United States and Europe and has worked closely with notable composers such as Jörg Widmann, Heinz Holliger, and George Benjamin. With violinist Frank Huang and cellist David Requiro, Mr. Vonsattel performs as the Naumburg Trio, and with violinist Ida Kavafian and hornist David Jolley, he performs as Trio Valtorna.

In 2021, Mr. Vonsattel released a recording of Strauss’s Panathenäenzug and Leimer’s Piano Concerto for the Left-Hand, which was the first recording of that piece to be released in nearly 70 years. Mr. Vonsattel’s 2015 release, Shadowlines—which takes its name from a composition by the English composer George Benjamin that’s included on the CD—received great acclaim; The New York Times called the album, which also features works by Scarlatti, Webern, Messiaen, and Debussy, “mesmerizing” and said that Mr. Vonsattel traced an “intelligent and imaginative path” throughout the recording. A 2014 release with cellist Daniel Haefliger called Heinz Holliger: Romancendres… for Genuin/Artist Consort received a five-star review from the magazine Fono Forum and international critical praise, while his 2011 CD for the Honens/Naxos label, which features music by Debussy, Honegger, Heinz Holliger, and Ravel, was named one of Time Out New York’s classical albums of the year.

Mr. Vonsattel is a former member of The Chamber Music Society of Lincoln Center’s CMS Two (now called The Bowers Program), which is “dedicated to developing the next generation of outstanding young musicians.” He received his bachelor’s degree in political science and economics from Columbia University and a master’s degree from The Juilliard School. Mr. Vonsattel is on the faculty of the University of Massachusetts at Amherst and he’s a Steinway Artist.