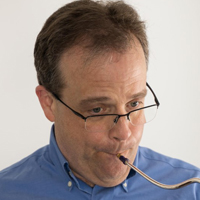 Daniel Shelly has been a member of the Metropolitan Opera Orchestra since 2004. In recent seasons, he’s also performed with Lincoln Center’s Mostly Mozart Festival, San Diego’s Mainly Mozart Festival, Chicago’s Grant Park Orchestra, and the Los Angeles Philharmonic. He can be heard on PBS broadcasts of Gerard Schwarz’s Emmy Award–winning program The All-Star Orchestra and on several major motion-picture and commercial soundtracks.

Before joining the Met, Mr. Shelly held positions with the New Mexico Symphony, Honolulu Symphony Orchestra, and Sarasota Opera Orchestra as well as numerous ensembles in the New York area. His earliest bassoon studies were with Shirley Curtiss through Philadelphia’s Settlement Music School. From there, he went on to receive his bachelor-of-music degree from the Eastman School of Music, where he was a student of K. David Van Hoesen, and his master-of-music degree from The Juilliard School, where he studied with Judith LeClair.

Mr. Shelly is a devoted educator and has taught at the Verbier Festival, the Kinhaven Music School, and Rutgers University. He’s currently on the faculty of New York University, and he also maintains a private studio.