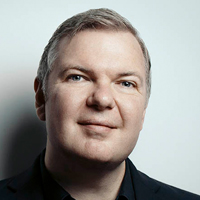 Grammy Award–winning pianist and arranger Craig Terry enjoys an international career regularly performing with the world’s leading singers and instrumentalists. He currently serves as music director of the Ryan Opera Center at Lyric Opera of Chicago after having served as assistant conductor at Lyric for 11 seasons. He’s also artistic director of Beyond the Aria, a highly acclaimed recital series presented by the Harris Theater in collaboration with the Ryan Opera Center and Lyric. He was previously an assistant conductor at The Metropolitan Opera in New York City after joining the organization’s Lindemann Young Artist Development Program.