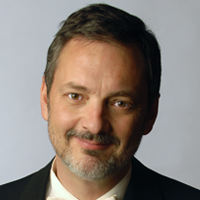 A distinguished teacher, Mr. Millard served on the faculty of Northwestern University until 2014, and for 20 years he was the bassoon professor for Canada’s National Youth Orchestra. His students now occupy positions in numerous American and Canadian orchestras. He continues to give master classes at leading music schools, including Rice University, Indiana University, and the Curtis Institute of Music, Manhattan School of Music, Mannes School of Music, Orchestre de la francophonie, and National Orchestral Institute.

Christopher Millard has received wide praise for his recordings on the BIS, Naxos, Arabesque, CBC, and Summit record labels. His recording of Jacques Hétu’s Bassoon Concerto won a 2004 Juno Award. Mr. Millard is also a skilled woodwind technician and a recognized authority on the acoustics of reed-making.