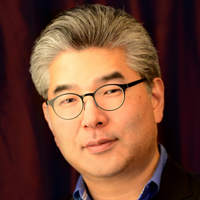 Choong-Jin (C. J.) Chang joined The Philadelphia Orchestra in 1994 and became principal viola in 2006. A native of Seoul, Korea, he made his performance debut as a 12-year-old violinist with the Seoul Philharmonic Orchestra. In 1981, at the age of 13, he moved to the United States to attend The Juilliard School of Music. He subsequently studied in Philadelphia at the Esther Boyer College of Music at Temple University and at the Curtis Institute of Music, from which he received degrees in both violin and viola.

Mr. Chang made his solo recital debut at Carnegie Hall in 2007, and since then he’s appeared regularly as a soloist with The Philadelphia Orchestra and in recital in the United States and Asia. In 2013, Mr. Chang planned the Bach and Hindemith Project, which comprised four recitals held over the course of a year at the Kumho Art Hall in Seoul, Korea. As a chamber musician, Mr. Chang performs with the world’s great musicians at many prestigious festivals throughout the United States and Asia.

Alongside his extensive performing activities, Mr. Chang is a respected teacher on both violin and viola. Among his former pupils are current members of The Philadelphia Orchestra and The Cleveland Orchestra as well as many winners of major competitions. He currently serves as a viola professor at the Peabody Institute at Johns Hopkins University.