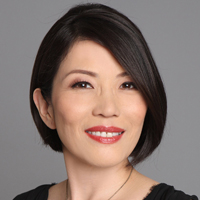 Cecile Licad is considered the foremost Philippine pianist of our time. She’s shone brightly in solo literature and chamber music works and as a soloist in concertos throughout the world. The great pianist Rudolf Serkin, one of her teachers at the Curtis Institute of Music in Philadelphia, said she “has an incredible instinct for all kinds of music and seems equally at home in any style.”

Ms. Licad began her piano studies at the age of three and made her debut as an orchestral soloist in Manila at the age of seven. She was admitted to Curtis at the age of twelve, and while she was there she studied with three renowned teachers: Mr. Serkin, Mieczyslaw Horszowski, and Seymour Lipkin. She was a regular visitor to Mr. Serkin’s Marlboro Music Festival, where she often played duet literature with Mr. Horszowski.

In 1981, Ms. Licad won the gold medal at the prestigious Leventritt Competition, which launched her international career. Since then, she’s been among the most traveled pianist in the world, and she’s been a soloist with most of the world’s leading orchestras, including the Boston, Chicago, London, and National symphony orchestras; the Cleveland and Philadelphia Orchestras; the New York Philharmonic; and the major orchestras of Germany, Japan, and Russia. Among the conductors she’s worked with are Seiji Ozawa, André Previn, Claudio Abbado, Charles Dutoit, Neville Marriner, Eugene Ormandy, and Georg Solti. Her highly acclaimed performance with Mr. Solti of Tchaikovsky’s Piano Concerto No. 1 is popular on YouTube.

As a chamber artist, Ms. Licad has appeared with some of the most celebrated instrumentalists of our time, such as violinist Nadja Salerno-Sonnenberg, cellist Alban Gerhardt, and pianist Peter Serkin, among many others, and she’s collaborated with several leading string quartets, including the Guarneri and Takács Quartets. She’s also collaborated with trumpeter Wynton Marsalis on Louis, a silent film directed by Dan Pritzker that features live musical accompaniment.

Ms. Licad’s recording of Chopin’s Piano Concerto No. 2 with Mr. Previn and the London Philharmonic Orchestra won the Grand Prix du Disque Frédéric Chopin, and her recording of the music of Gottschalk on the Naxos record label has been a constant best seller. Over the years, Ms. Licad has developed a deep interest in the neglected piano music of American composers from the Revolutionary era to the present, and her four CDs on the Danacord label featuring American piano music have garnered extraordinary reviews throughout the world. Her most recent recording for Danacord is the complete piano-and-orchestra works of Gershwin.