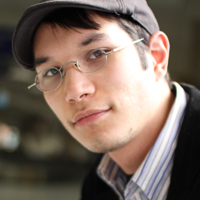 Cellist Alastair Eng is assistant principal cello of The Santa Fe Opera Orchestra and a member of the Toronto Symphony Orchestra (TSO). Prior to joining the TSO, Mr. Eng, who was born and raised in Toronto, was associate principal cello of the Canadian Opera Company Orchestra. His playing has been described as “exquisite” (Broadway World), “a highlight” (The Classical Review), and “songfully performed” (National Post).

Mr. Eng has served as guest principal cello of the National Arts Centre Orchestra in Ottawa, and he’s performed with the National Ballet of Canada Orchestra and the London and Calgary philharmonic orchestras. He’s worked extensively with the Grammy Award–nominated chamber orchestra A Far Cry, and, as a chamber musician, he’s appeared at the Ravinia Festival, the Rockport Chamber Music Festival, Ottawa Chamberfest, and the Strings Music Festival.

As an educator, Mr. Eng has lectured and led cello and string sectionals for the Toronto Symphony Youth Orchestra, the Boston Philharmonic Youth Orchestra, and The Phil and Eli Taylor Performance Academy of The Royal Conservatory of Music. He recently joined the faculty of Axis Music, a tuition-free music program for children and youth living in Toronto Community Housing.

When he isn’t performing, Mr. Eng arranges music of all kinds for a wide variety of instrumentations. His scores have been heard across North America and Europe in venues as varied as the Musikverein in Vienna and Fenway Park in Boston. He’s received commissions from violinist Augustin Hadelich, guitarist Pablo Sáinz Villegas, ukulele virtuoso Jake Shimabukuro, and A Far Cry, among many others. His arrangements have been called “sweet” (The Boston Globe), “delightfully schmalzy” (The Boston Musical Intelligencer), and “serious and surreal” (Strings).